Hurst USA was brought on board to build an HD broadcast distribution truck for CBS network coverage of the Super Bowl XLVII. The Mini Pearl was born and designed to route feeds coming from production trucks, the Superdome, as well as various stand-up locations throughout New Orleans – host city of Super Bowl XLVII. Feeds were then re-routed to various destinations via satellite and fiber, and back to trucks in the production compound.

CBS turned Jackson Square, a historic park in the French Quarter of New Orleans, Louisiana, into an extensive broadcast center for Super Bowl 2013 sports, news, entertainment and digital coverage. All signals being generated from the Jackson Square compound were routed through the Hurst USA Mini Pearl truck. The Mini Pearl was also used for backup distribution for game day shows from the Superdome and the Super Bowl game itself.

When it came to choosing its Multiviewer solution, Hurst USA, a current Apantac customer, chose the TAHOMA Multiviewer due to their ease of use, high video quality, exceptional company customer support, and flexible range of reliable features. 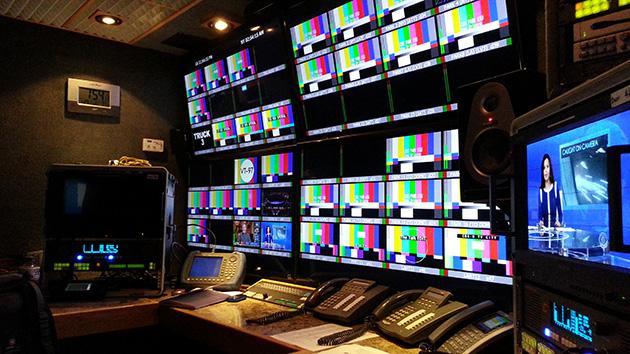 TAHOMA-LE24 Multiviewer auto-detect 24 HD/SD-SDI/composite video inputs and offer 1-6 DVI/HDMI/VGA/SDI outputs at output resolutions up to 2048×1080 including 1080P. In addition, audio is supported with 16 channels of embedded audio per SDI input and 4 channels of discrete audio per input as an added option.

All Multiviewer Series’ within the TAHOMA platform include a built-in CATx extender on every output for extending signals up to 115 feet. The TAHOMA platform also incorporates the Apantac “skin-technology” allowing users to customize the on-screen display of graphics including; borders, labels, fonts, tally LEDs, clock faces, logos, embedded audio, discrete audio meters and audio / video alarms.
TAHOMA Multiviewer control interfaces allowed Hurst to size and position images and windows on the monitor for a customized look. All configurations can be saved and changed on the fly. The Multiviewer offers a very intuitive and easy-to-use GUI for all configuration set-ups.

“We considered a Multiviewer a necessity in this project and we immediately approached Apantac,” comments John Bright, Director of Engineering at Hurst USA Inc. “The Apantac TAHOMA units are extremely well-built, perform flawlessly, and were very straightforward for our truck engineers to configure and program.”

Super Bowl XLVII was covered by the CBS Television Network in the U.S. on Sunday, February 3, 2013.