Currently shooting its 4th season (10 episodes per season), the true crime series is directed and shot by Yoram Astrakhan with AU-EVA1 cinema cameras.

Investigation Discovery’s Betrayed follows the lives of normal people whose lives are cut short at the hands of a family member, co-worker, friend, or lover. Currently shooting its 4th season (10 episodes per season), the true crime series is directed and shot by Yoram Astrakhan with AU-EVA1 cinema cameras. (Season 1 and 2 were shot with Canon 5D DSLRs.) Astrakhan’s evolution as a director/DP began after studying photography in Israel and then moving to Los Angeles to study cinematography at the American Film Institute. From there, he worked his way up the camera crew ladder in becoming a DP.

Betrayed is Astrakhan’s first venture in both directing and shooting. The show consists of interviews with the real people involved with the crime – detectives, lawyers, and family members of the victim – but is driven by the re-enactments they create, which involves writing scripts and hiring actors to recreate the crimes. “My showrunner, Tammy Wood, asked, “Why don’t you try directing and we’ll see how it goes,” says Astrakhan. “It’s been working out great so far because all of the discussions and arguments between the director and DP are now in my head.” 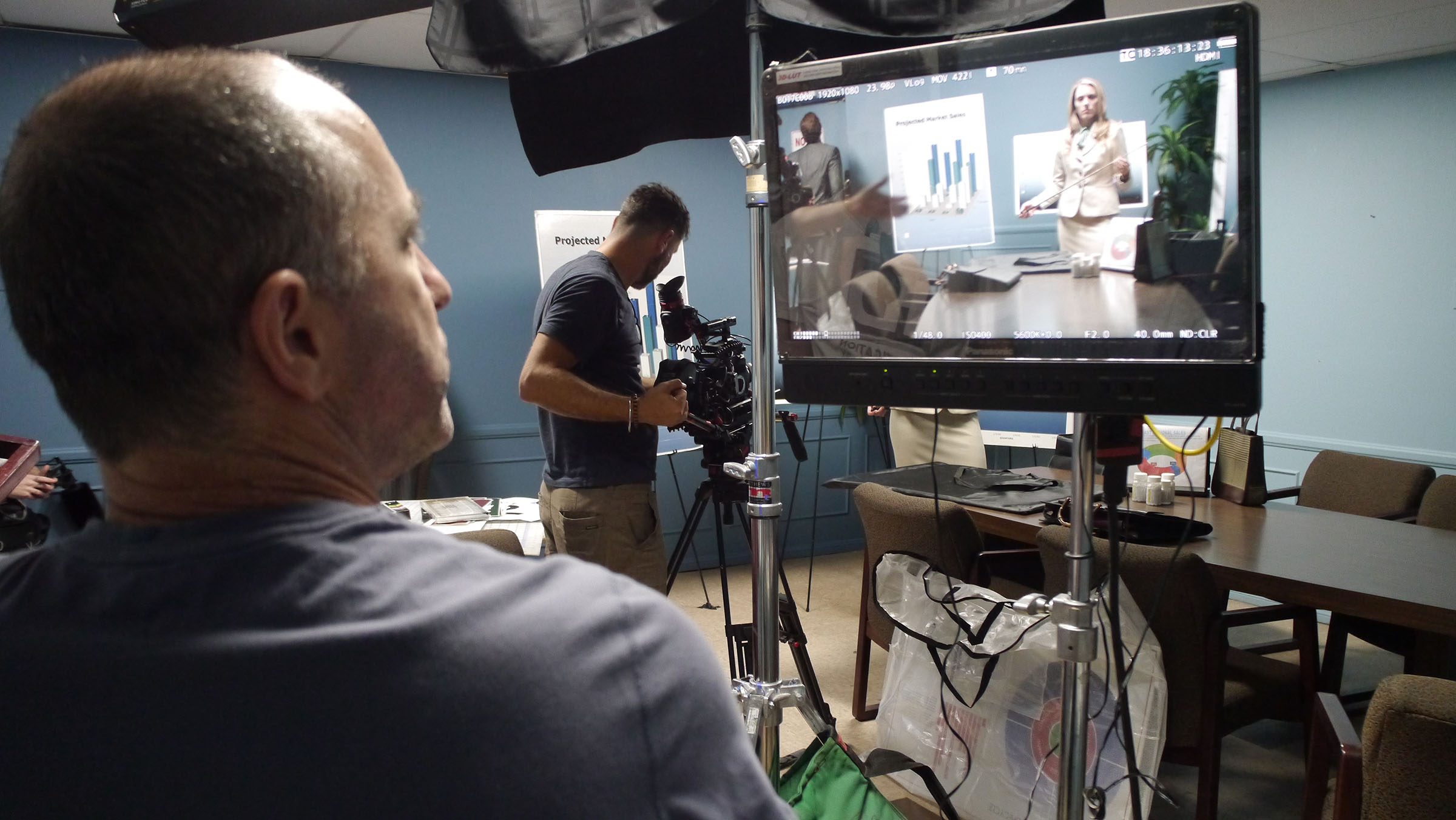 For Astrakhan, the biggest challenge in shooting Betrayed is the budget, especially with the high volume of scenes they shoot. Astrakhan shoots two episodes at once over the course of eight days and will shoot up to 25 scenes a day with dialogue. “The speed of the show dictates what we can do,” says Astrakhan. “Because of the low budget, we sometimes see the locations only a week before the shoot so we must be creative in how we create a world out of nothing. Because of that, we need cameras where we can move fast to get things done. I felt the EVA1s would be ideal for that.” Astrakhan also uses GH5S mirrorless cameras for gimbal or car mount shots.

For both interviews and recreations, Astrakhan employs two EVA1s and two camera operators so he can monitor the footage. Astrakhan uses a Panasonic BT-LH2170 21.5” FHD monitor that allows him to view a split screen of both cameras, as well as a Panasonic BT-LH910 9” field monitor for driving and for small spaces.

The team captures 10-bit 422 FHD (1920 x 1080) V-Log files in 23.98-fps. “The look of the series can be all over the place,” explains Astrakhan. “You have a combination of archival footage, interviews, aerials – almost every situation. Not every shot has to match because we can always get the shots to match during color timing.”

According to the DP, the EVA1’s dual native ISO feature is really a Godsend. “You go into a space and you know it needs to be a dark bar scene,” explains Astrakhan. “I can flick on a couple of lights, switch it to 2500 ISO, and off we go. Sometimes you’ll be shooting outside at night and you need to get a quick shot of someone driving by and you just go with the high ISO. I found that when you dial down from 2500 Base to 2000 or 1600, you get a slightly cleaner image.”

Because digital can often be too clean for Astrakhan, he likes to “dirty up” the image because of the dark nature of the show. “I use a lot of old Russian and East German lenses to mess things up a bit,” reveals Astrakhan, “I don’t want to have sharpness from edge to edge. I want the image to have some character.”

For season 4, Astrakhan has expanded his lens lineup. “It’s a real mishmash,” reveals the DP. “I have a set of Sigma Cine Lenses – a 20mm, 24mm, 35mm and 50mm, a Zeiss 25mm, vintage Nikon 35mm and 85mm, and vintage Pentax Super Takumar 55mm and 105mm. I’m also making great use of Voigtlander 40mm and 58mm primes – which are beautiful – and using a Canon 45mm Tilt/Shift lens for murder or flashback scenes. I dirty up the image even more by using lens flares, foreground elements, shooting wide open and odd framing. Occasionally, I’ll bring the 37mm and 58mm Russian lenses out for extra weirdness. But I would say the most used lenses are the Voigtlanders and the Nikon 85mm.”

The series is posted in-house at Investigation Discovery on Da Vinci Resolve. Astrakhan will give his colorist, Paco Farias, notes if there’s a specific look that he captured on set that he wants in the final version. “I shoot in V-Log but monitor in Rec. 709,” says Astrakhan. “I always try to capture on set what I imagine it will look like in the end. Paco applies the [Panasonic] V-709 LUT and works on the image from there. For the most part, the image remains close to what we captured on set.”

Since Astrakhan switched over to the EVA1, he feels the camera’s 14 stops of latitude allows him to light quickly with broader brushstrokes since the camera can deal with added contrast. “I can also take the image almost to the edge of darkness and the blacks look nice and rich,” he says. “But the main reason I went with the EVA1 was for its color palette, especially in the way skin tones are rendered and how beautifully they hold up in very dark or bright scenes. You get the sharpness and at the same time, a nice softness with the image. I’m also quite happy with the EVA1’s build and menu system, but it’s mainly about the colors.”

Panasonic System Solutions Company of North America, a division of Panasonic Corporation of North America, delivers game-changing technology solutions that deliver customized experiences to drive better outcomes—for our customers and our customers’ customers. Panasonic designs and manufactures reliable, flexible and dependable products and solutions to help create, capture and deliver information of all types, especially where, when and how it is needed. The complete suite of Panasonic professional solutions for government and commercial enterprises of all sizes addresses unified business communications, mobile computing, security and surveillance, retail point-of-sale, office productivity, audio and visual systems (projectors, displays & digital signage) and professional video production. To learn more and Panasonic’s business products and solutions visit https://na.panasonic.com.

About Panasonic Corporation of North America

Newark, NJ-based Panasonic Corporation of North America is committed to creating a better life and a better world by enabling its business-to-business customers through innovations in Sustainable Energy, Immersive Entertainment, Integrated Supply Chains and Mobility Solutions. The company is the principal North American subsidiary of Osaka, Japan-based Panasonic Corporation. One of Interbrand’s Top 100 Best Global Brands of 2018, Panasonic is a leading technology partner and integrator to businesses, government agencies and consumers across the region. Learn more about Panasonic’s ideas and innovations at www.na.panasonic.com/us.