The newly released Mac/PC S-4000RCS Version 2.3 control software for the stand-alone Digital Snake and M-48 Personal Mixing System features resizable windows, the ability to tab between fields when naming and setting up sessions, right-click on group knobs, and more

Roland Systems Group has released updated drivers and software for their V-Mixing System components. The new updates are a result of direct feedback from the market as well as Apple’s new release of Mountain Lion OS.

• Resizable windows allow the user to simply drag the assignment window out to see all 40 sources down one side and 16 groups across the top. This same feature is available for Preamps settings and Source/Levels assignments.
• TAB between fields in any assignment area, patchbay, naming groups, etc. This is a big time saver when naming and setting up a session.
• Right click on group knobs to see what is currently assigned to that group or select sources directly.

The S-4000RCS is the setup and control software for the popular Personal Mixing and Digital Snake systems when a Roland V-Mixer is not part of the configuration. This software enables the award-wining M-48 Personal Mixers and other Digital Snake products to be used stand-alone or with any other console in any audio environment. 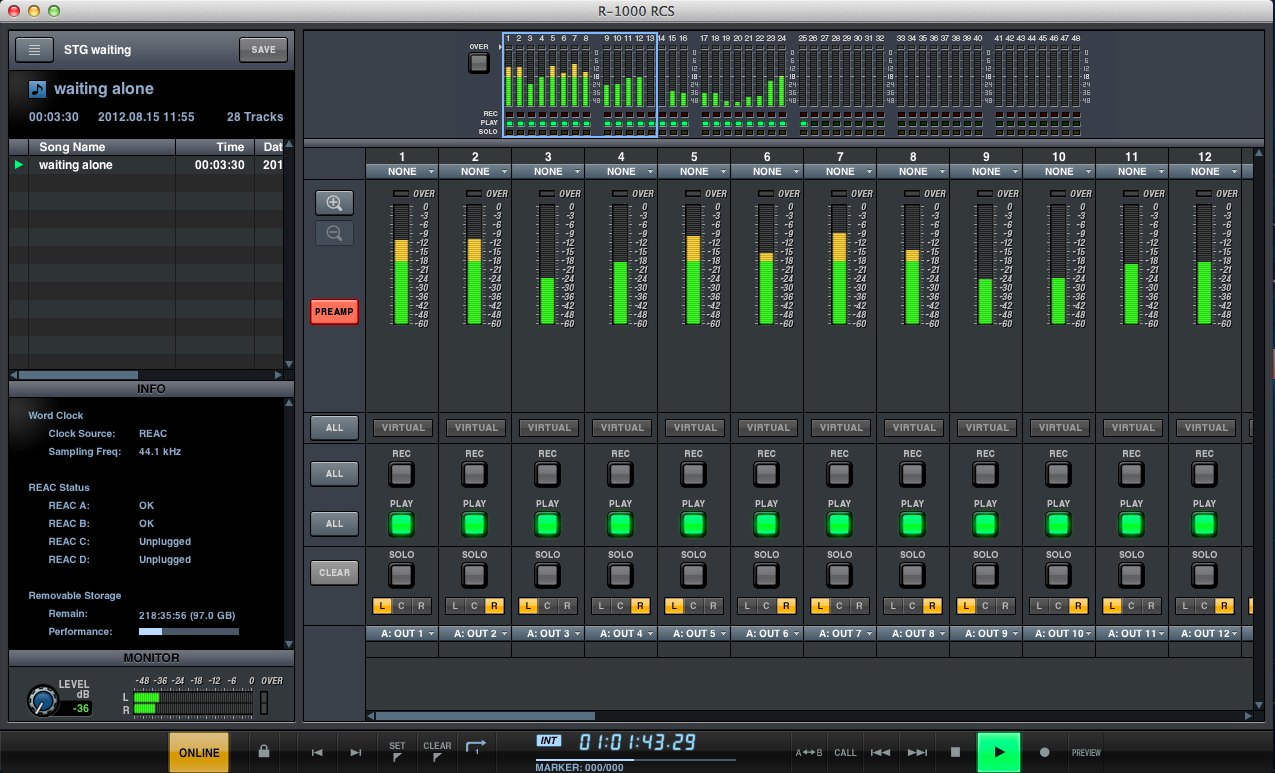 Updates for Mountain Lion OS
With the recent Apple release of the Mountain Lion OS, Roland Systems Group has provided updated drivers for V-Mixer consoles to run the Remote Control Software (RCS) for Mac. These drivers are only necessary if you have updated your Mac to run on Mac OS 10.8. Previous Mac OS versions can use the pre 10.8 drivers. These drivers are available for the Roland M-480, M-400, M-380, and M-300 V-Mixer consoles, and the R-1000 Multi-channel Recorder/Player.

Roland Systems Group also has released remote control software (RCS) for the R-1000 a 48-channel multi-track recorder/player to support Mac OS 10.8. The R-1000 is an integral part of the V-Mixing System, and makes rehearsals and training more effective with Instant Playback, Virtual Rehearsal and Recording. The R-1000 can be remotely controlled from a V-Mixer Console or directly from the R-1000 RCS software.

For a complete listing of available drivers and software updates for download visit www.rolandystemsgroup.com/downloads.

More About S-4000 RCS
The S-4000 RCS software controls all the various setup, configuration and monitoring parameters of the M-48 Personal Mixing System when connected via any Digital Snake input unit or the S-MADI REAC Bridge. The S-MADI Bridge is a bi-directional signal converter between REAC and MADI that enables connectivity between MADI equipped digital audio mixers/systems to any of Roland’s REAC products.

When used with digital snake I/O units, the RCS is used to control the onboard preamp, phantom power, channel setup, etc. The software also enables control of Roland’s REAC Merge technology. This technology allows up to four Digital Snake heads to be merged into a REAC stream where the master device recognizes it as single REAC slave unit. This important technology enables distribution of multiple input/output units around a location, venue or stage for flexible point-to-point configurations.

About the M-48 Personal Mixing System

For the performing musician wanting the best possible sound quality and flexibility in their individual stage monitor mix, the M-48 offers control over 40 audio sources that can be easily managed in 16 assignable stereo groups. The playing experience is enhanced with level/pan/solo/3-band EQ on each group, high quality built-in reverb for a more appealing sound, ambient mic for better communication with band members as well as physical inputs and outputs for multiple headphones, wedges and powered monitors, interfacing with iPods, metronomes and external recording devices.

The professional Roland M-200i V-Mixer is a powerful addition to the V-Mixing System line-up that includes solutions for live sound with consoles, digital snakes, integrated playback/record and personal mixing