With the appropriate hardware, multiple streams can be captured on one single MacPro (up to 8 SD or 4 HD streams) using the corresponding number of MovieReorder licenses.

Softron Media Services today announced immediate availability of MovieRecorder Control 2.1. With MovieRecorder Control 2.1, users can now create multicam clips for Final Cut Pro X® automatically. MovieRecorder is the natural companion to Final Cut Pro X when working in a multicam environment. It is a Macintosh based multi-format, multiple input video, acquisition software that supports Edit-while-ingest. It supports multiple SD and HD formats, either compressed or uncompressed. With the appropriate hardware, multiple streams can be captured on one single MacPro (up to 8 SD or 4 HD streams) using the corresponding number of MovieReorder licenses. In addition to its multiple channel ingest efficiency, MovieRecorder’s multicam feature allows users can to start editing the multicam clip while the file is still being recorded. 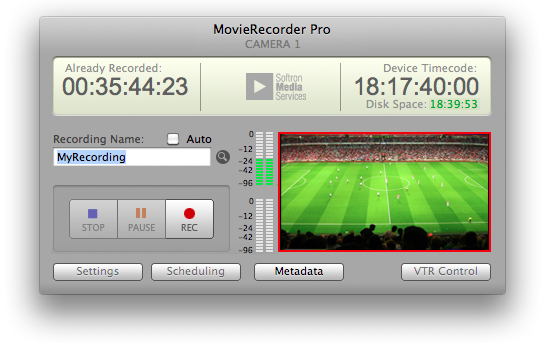 When working in a multicam environment, the usual workflow would be to first start the recording for each angle, then find the files in your shared storage, import the files in Final Cut Pro X. Then you would select all of the media you have just imported and select File > New Multicam Clip from the menu. Next you would have to make sure to select the proper settings to make the multi-cam clip. And finally once the multi-cam clip is created, you will have to create a new project and drag and drop the multi-cam clip in the project. Only then can start you working with multi-cam.

MovieRecorder and MovieRecorder Control are priced at 695 € ($ 1095). The Pro Option of MovieRecorder costs for 295 € ($ 450) and offers metadata tagging, proxy captures, loop recording, deck control and support for batch captures. 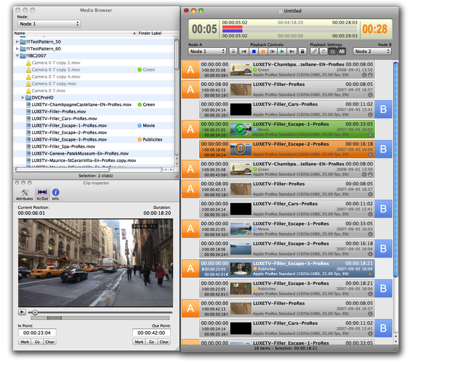