The world’s best-sounding reverbs, equalizers, compressors, limiters and delays, used in recording studios and mixing rooms the world over, are now at the fingertips of all audio engineers, without the limitations of hardware and at a fraction of the cost. MultiRack is ideal for live sound, broadcast, post-production and more

Waves Audio, a leading provider of digital signal processing solutions, announces that MultiRack SoundGrid® now supports 5.1 and 7.1 surround plugins. MultiRack is a software host that lets FOH and monitor engineers run multiple instances of Waves’ award-winning plugins on virtually any console. The world’s best-sounding reverbs, equalizers, compressors, limiters and delays, used in recording studios and mixing rooms the world over, are now at the fingertips of all audio engineers, without the limitations of hardware and at a fraction of the cost. MultiRack is ideal for live sound, broadcast, post-production and more. With easy setup and advanced preset capabilities, MultiRack delivers all the flexibility and portability of software, with sound quality and convenience that beat hardware. Now, the MultiRack live plugin host supports surround plugins. And as part of Waves’ ongoing effort to constantly improve user experience, Waves has added to the MultiRack host the following new Hot Plugin features:

MultiRack owners with a current Waves Update Plan may download the latest version of MultiRack free of charge. 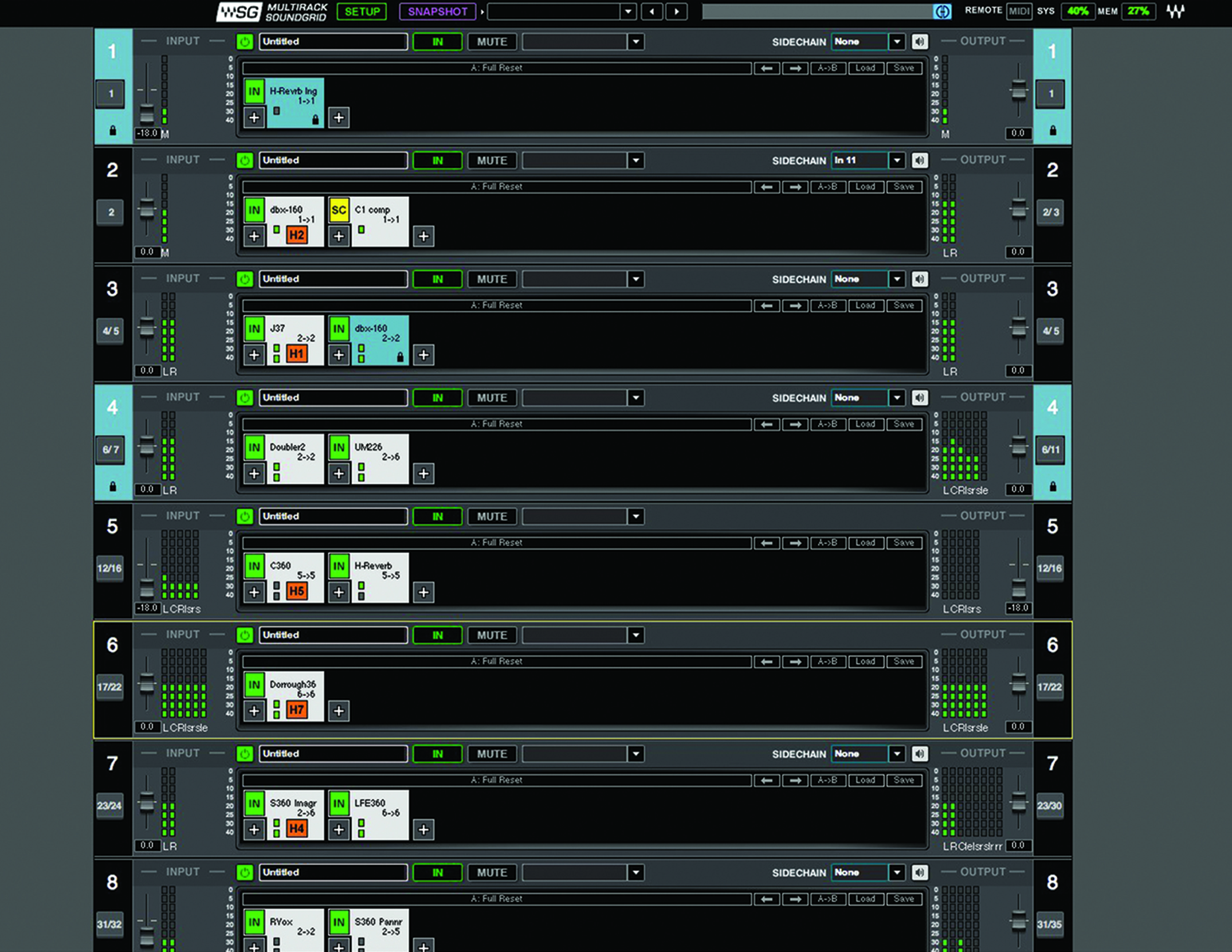 About Waves Audio Ltd.:
Waves is the world’s leading developer of audio DSP solutions for the professional, broadcast, and consumer electronics audio markets. Since its start in the early ’90s with the introduction of the Q10 equalizer plugin, Waves has gone on to develop a comprehensive line of over 200 audio plugins, including industry standards like the L1 and L2 Ultramaximizers, popular vintage console models, and innovative mixing tools like Vocal Rider and the Artist Signature Series. For its accomplishments, Waves received a Technical GRAMMY® Award in 2011, and the Q10 was selected as an inductee into the TECnology Hall of Fame. Waves technologies are now used to improve sound quality in virtually every sector of the audio market, from recording, mixing, mastering and post-production to broadcast, live sound, and consumer electronics. Waves has over 20 years of expertise in the development of psychoacoustic signal processing algorithms that leverage knowledge of human auditory perception to radically improve perceived sound quality. Waves’ award-winning processors are utilized to improve sound quality in the creation of hit records, major motion pictures, and top-selling video games worldwide. Waves offers computer software and hardware-plus-software solutions for the professional and broadcast markets. The company’s WavesLive division is a market leader in all live sound sectors, spearheading the development of solutions for all live platforms. Under its Maxx brand, Waves offers semiconductor and licensable algorithms for consumer electronics applications. Waves Maxx technologies dramatically enhance audio performance and are used by industry leaders such as Dell, Lenovo, ASUS, LG, Oppo, JVC, Denon and many others.